This article is a stub. You can help Amazing Spider-Man Wiki by expanding it.

'Dominique "Dee" Brown was the leader and president of the video game developer Beenox. Within Beenox, Brown has created some of Spider-Man's most recent and well-acclaimed game titles, such as Spider-Man: Shattered Dimensions and his latest creation, The Amazing Spider-Man, the video game based off the film of the same name.

After posting a tweet on the 21st of December, 2012, it was revealed that Brown had left the Beenox team due to his "entrepreneurial side taking over." It is unknown just yet what works Brown has entered. 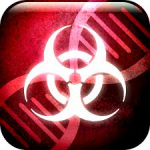