I have to disappear. I have to get as far away from here as I can. But as a father, it means I may not see my boy again. And, um, nothing is as important to me as my son, Peter. Nothing in this world. But I have a responsibility to protect the world from what I've created and to protect him from what I know Osborn is capable of. People will say I'm a monster... for what I've done. And maybe they're right. I always thought that I'd have more... time. I'm sorry.Richard Parker

Dr. Richard Parker was the father of Peter Parker. He and his wife Mary died when Peter was young, due to being threatened by Oscorp.

Richard Parker was a brilliant scientist who worked together with his friend and colleague, Dr. Curtis Connors, a fellow scientist with a missing right arm. Together, they worked hard to pursue the development of Cross-Species Genetics, a radical scientific study that was scoffed off by most of the scientific community, who deemed it impossible and mocked Parker and Connors as mad scientists. But the biggest breakthrough in their research happened when Parker successfully created the Araneus Oscorpeus, a breed of genetically modified spiders, opening up new possibilities for their research and receiving enthusiastic funding from Oscorp.

One night at home, during a game of hide and seek, Richard's son Peter found Richard's office ransacked. He called for his father, who ran in and started acting nervous. He and his wife took Peter to Richard's brother's house and left him there. This was the last time Richard and his wife Mary ever saw their son.

Years later, Richard Parker's work and absence would still linger with those who were associated with him. Oscorp still possessed, or bred more of, the genetically modified spiders created by him, which fatefully would bite Richard's son Peter and transform him into a human with abilities of a spider. Peter, who has become a socially awkward and isolated teenager, still questioned the reason for his father's absence and sought out his colleague, Dr. Connors, for answers. And Dr. Connors, who still dreamed of restoring his lost right arm through Crossed-Species Genetics, never did know why Richard disappeared along with his research.

Peter helped Dr. Connors by providing his father's Decay Rate Algorithm, one of the very few pieces of Richard's research left behind, and together, they succeeded the process of transferring the lizard's ability of limb-regrowth to another species, but they did not perfect the process. The dangers of their research became a reality when Dr. Connors hastily tested the formula on himself. As a result, Connors would not only periodically regrow his long-desired right arm but also transform into a ferocious humanoid lizard. As the influence of the lizard continued to deteriorate Connors' sanity, compelling him to create a "world without weakness" by turning all of humanity into lizard people like himself, it fell to Richard's son Peter, now the superhero Spider-Man, to stop Connors, using the spider powers granted to him by the spiders born from Richard's legacy.

It was revealed that during Richard Parker's employment under Oscorp, the immoral leaders of Oscorp planned on weaponizing his research for foreign countries. Parker discovered this and relocated his research materials and equipment into an abandoned subway station, where he would hide from Oscorp and operate in secret. But on the night when their house was ransacked and they were forced to abandon their son to his brother's care, Richard and his wife Mary attempted to flee the country. As they left on a private plane, Richard recorded a video testimony and remotely uploaded it to his lab in the subway station, hoping that proof of his story continued to exist. On their way out of the country, Richard and his wife were killed during an assassination attempt set up by Oscorp, leaving much mystery surrounding their plane crash and deaths unsolved.

Richard's son, Peter, using the spider powers made possible by his father, had finally established himself as the superhero known as Spider-Man, loved and praised by the city at large. But Peter still longed for answers regarding his missing parents. Peter began noticing and investigating suspicious activities connecting to Oscorp, and with the few remaining materials that his father left behind, he discovered his father's secret lab in the abandoned subway station and came across his father's recorded testimony. In the video, Richard explained that the spiders developed at Oscorp were the result of merging Richard's DNA into the spiders, thus making the transfer of spider powers possible only to Richard's son Peter. Peter also learns that his father fled because he had a duty to protect the world from what Oscorp planned to do with his research. Upon hearing his father's last words, Peter finally found closure to the loss of his parents, and Richard's hopes that his story and final words would not disappear are realized when they reached his son.

In a deleted scene, Peter is at Gwen's grave. The seasons flash by, and in winter a man standing behind him calls his name. The man reveals himself to be Richard Parker, visibly aged. Peter gets angry, believing his father to be dead, and asks Richard who he really is. Richard tries to explain, but a hysterical Peter grabs him by the collar and demands to him where he's been. Richard explains the only way to protect him was to die so that his personal conflict between him and Osborn wouldn't catch up to Peter, and Peter breaks down into his arms. Later, they walk along the cemetery and discuss why Richard came back. Richard then reveals to Peter that he's been aware of his identity as Spider-Man, due to his work with the cross-species spiders and that as his only living bloodline, Peter is the only one who could become a cross-species. He tells his son of his belief that he is destined to save the world and tells him Uncle Ben's famous words, "With great power comes great responsibility," and tells his son that he loves him.

They called us mad scientists. And then your father bred the spiders, and everything changed. The results were beyond encouraging. They were spectacular. We were gonna change the lives of millions. Including my own.The Lizard 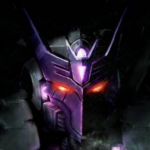