Spider-Man: No Way Home[1] is an upcoming 2021 crossover super-hero film set in the Marvel Cinematic Universe. It is a sequel to Spider-Man: Homecoming and Spider-Man: Far From Home. The film is set to be released on December 17, 2021.

For the first time in the cinematic history of Spider-Man, our friendly neighborhood hero is unmasked and no longer able to separate his normal life from the high-stakes of being a Super Hero. When he asks for help from Doctor Strange the stakes become even more dangerous, forcing him to discover what it truly means to be Spider-Man.

As of June 26, 2016, Tom Rothman announced that Sony Pictures and Marvel Studios were committed to making more Spider-Man films after Spider-Man: Homecoming, with Kevin Feige announcing that future Spider-Man films will follow the model of the Harry Potter film series.

On June 19, 2019, during an interview with Comicbook.com, Amy Pascal confirmed that a third movie was in the works and that titles such as Spider-Man: Home Run or Spider-Man: Homeless were being considered.

It was reported on January 16, 2020 that the film was expected to begin production in July and run through November in Atlanta, New York, Los Angeles, and Iceland, under the working title "Serenity Now." But on March 31, 2020, the British Film Institute reported that the production of the film had been paused due to the COVID-19 pandemic.

On February 23, 2021, Tom Holland, Jacob Batalon, and Zendaya posted the fake titles Spider-Man: Phone Home, Spider-Man: Home-Wrecker, and Spider-Man: Home Slice, respectively, on their Instagram accounts. The next day, it was announced that the actual title of the film would be Spider-Man: No Way Home.

On August 23, 2021, the film's official teaser trailer was released and it confirmed reports that Benedict Wong would be reprising his Marvel Cinematic Universe role of Wong and that Green Goblin would appear in the film.

The New Spider-Man Title is…

Catch Up with HOMECOMING and FAR FROM HOME 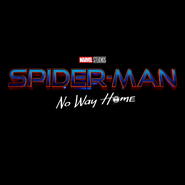