Street Thugs are a type of thug in the video game The Amazing Spider-Man. They are the weakest type of thug, with Slashers coming as a close second, but appear in large numbers from time to time, proving a challenge for Spider-Man.

Gang members, muggers, punks - no matter what borough they're from, they're all just common street thugs.

Street Thugs wear ski masks to protect their identity, and heavy jackets and other clothing to be a much better sneak-thief. However, the more clothing these Thugs wear doesn't make them any wealthier.

These lower-tier enemies can't even afford broken bottles - they use their fists to fight and pack a strong punch. 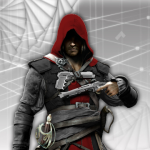