Months after the Lizard incident from former Oscorp Industries scientist Curt Connors, Peter Parker is now housesitting his aunt's friend's (Stan) apartment in Manhattan for the summer. Peter and his crush, Gwen Stacy, visit Oscorp Tower after hours, investigating on their continued work of cross-species genetics. Doctor Alistaire Smythe, recently promoted to head of Oscorp's robotics facility, is working hard to get rid of these cross-species. During Peter and Gwen's tour of Oscorp, the species sense Peter's own cross-species blood and go rampant, breaking out of their Containment Units and rampaging through Oscorp Tower, and eventually Manhattan. In all the confusion, many scientists are infected by cross-species' bites, including Gwen and Smythe. Peter puts on his Spider-Man costume and Smythe turns on his secruity robots, the S-Bots. Smythe flees the area and Spider-Man saves Gwen from falling off a bridge. The two travel through Oscorp and enter a safe, quarantined area, where Gwen meets Smythe and other infected scientists. Peter must now find Curt Connors and create an antidote to stop the infection.

Spider-Man finds his way to the Beloit Psychiatric Hospital, and breaks Connors out, along with every single other prisoner and mental patient. Connors demands Peter to return him to the asylum immediately after this is all said and done. The two go to Stan's apartment to get to work on the cure, but Connors first needs supplies. He uses every bit of credit from Stan's credit card to buy everything he needs to work on the antidote and sets up a small lab in his apartment. Now, Connors needs but one thing: cross-species DNA. Peter searches the streets for a cross-species, and finds one in particular: a giant rat-like beast called Vermin. Spider-Man and the Vermin fight and "play hide-and-seek" for hours until Spidey finally gets some DNA. He brings it back to Connors and the two work on a first antidote. Meanwhile, Gwen calls Peter through the computer at Stan's place and Peter tells her that he broke Connors out of the asylum and they're currently finding a cure. Gwen has extreme distaste in this idea, as she thinks Connors will make the mistake of again turning into the monster Lizard, the same monster who killed her father in the previous months. Peter reassures her that everything will be fine, and he and Connors return to work.

After the template is completed, Spider-Man swings to Oscorp Tower again to give the "cure" to Gwen. Gwen is eager to test the antidote, but a selfish Smythe breaks in and uses it on himself. The serum did not cure him, however, but only paralyzed him from the waist down. Smythe thought this was intentional, and swore his revenge on the masked hero. Spider-Man returns to Stan's apartment and angrily confronts Connors before collapsing with exhaustion. Once Peter wakes the next morning, Connors realizes the true key in making an antidote: using Peter's blood because Peter can control his "disease". The two get to work again on a new antidote. However, back at Oscorp, Smythe is working on a nanobot-filled cure of his own.

By this time, Smythe has released many giant S-Bots on the city to stop the cross-species, now especially inclduing Spider-Man. Spidey has to stop his work multiple times to defeat these robots, and one time, Connors is captured by Smythe and they resided at Oscorp Tower's robotics lab. Smythe persuades Connors into joining him in creating a nanobot cure, but Connors will not accept. So, Connors is locked in an energy-shielded cell. Spider-Man goes to Oscorp's robotics lab to free Connors, but eventually loses his powers from Smythe's nanobot cure. Spider-Man now finds his way out of Oscorp Tower and down, under the sewers to Connors' makeshift lab.

A freed Connors, scared Gwen and powerless Spider-Man discuss a plan in Connors' lab and come up with one very dangerous one: Connors must return into the Lizard and stop Smythe himself. Gwen and Peter refuse Connors to do that, but Connors forces himself. Shortly after this discussion, Spider-Man collapses from exhaustion and pain, and eventually dies. However, Peter Parker is dead for minutes, as Gwen uses a defibrillator to revive him. By now, Connors has gone to stop Smythe and the two are currently battling atop Smythe's S-03. So, Spider-Man must find Connors to make sure his reptilian mind does not take over.

While Peter finds Connors, Gwen calls him and tells him he can regain his powers by electrocuting all of the nanobots inside of him, killing them and removing the cure. He does this and becomes Spider-Man again, now able to stop the Lizard, which is currently fully evil after stopping Smythe. The Lizard flees from the S-03 and into an underground city, only to finally be stopped and cured by Spider-Man. Eventually, Peter returns Connors to the asylum and returns himself to Stan's apartment, where Gwen now visits every day.

The combat gameplay is very similar to another series of games, the Batman franchise's Arkham series, developed by Rocksteady; not usually seen in a Spider-Man game, the player can use stealth attacks to defeat their foes. Spider-Man will also have to crawl through vents to get to the next stage of the game.

Most of the critics reviewing the game gave it a high score, however the ones that didn't claimed that the game was too easy, even on the hardest difficulty. Others were critical about the game's web-slinging.

In this DLC pack, which was previously only available via pre-order bonus exclusive to GameStop, the player can take control of the massive cross-species, Rhino, and smash through the streets in a timed run. The goal of the mode is to get as many points possible in the time presented. There is also a free roam mode, where there is no time limit and Rhino can run, freely and rampantly, around Manhattan's streets and alleyways. Available as a digital download through Steam, Xbox Live, and the Playstation Store.

This DLC Pack, which was previously only available via pre-order bonus from Amazon, features Stan Lee, former president of Marvel Entertainment, as a playable character with Spider-Man's powers and gadgets. The plot of the mode shows a non-canon character Stan Lee losing multiple comic pages out of the window of the canon character Stan's apartment, so he now must swing around the city searching for and beating up thugs for his pages. During Lee's adventure, he makes many funny comments on today's generation. Available as a digital download through Steam, Xbox Live, and the Playstation Store.

Other Add-on Packs Include: 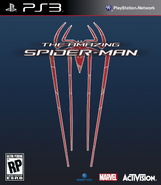 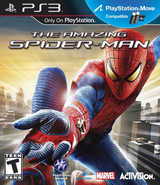 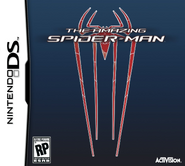 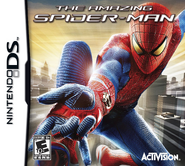 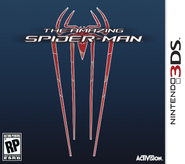 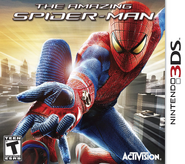 Stan Lee in The Amazing Spider-Man. 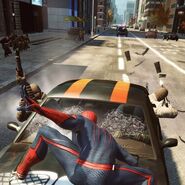