The Daily Bugle is New York's #1 news source since the 1960s. They have reported many important events, making them very famous around New York and other states. Their newspapers appear in the film The Amazing Spider-Man and the game of the same name, including their headquarters.

J. Jonah Jameson founded the Daily Bugle in 1962 and has been chief newspaper editor ever since. In recent events, the Daily Bugle is skeptical about Spider-Man; "Hero or vigilante?". They have their own news channel, Daily Bugle News, where they can talk about current events over television.

They have been following Spider-Man and his journey to stop the cross-species virus, along with Oscorp and their former scientists, Alistaire Smythe and Curt Connors. 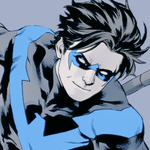